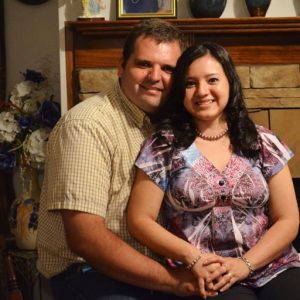 Keith Travis was born in 1982. This was the same year that his parents, Randy & Linda Travis, moved to Honduras as pioneer missionaries. Growing up on the mission field he was a part of his parents’ ministry. At about age 20, Keith launched out full time in evangelistic ministry in Southern Mexico. In five years of ministry, Keith saw many people come to the Lord and has many testimonies of God’s supernatural power. During this time he met and married his wife, Juanita. In late 2006, God spoke to him and said “I’m sending you back to Honduras.”

When he told his father, Randy said that he and Linda were going back to Honduras as well. Randy told Keith about the Church Planting Movement Strategy.

Keith serves as the Strategy Coordinator of the INSTAR Project which has seen thousands of new churches and groups planted.

To Give A Donation Online Please Click The Link Below