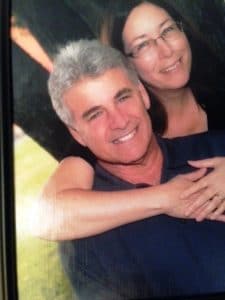 For several years, after graduating from Asbury Theological Seminary, David served as a pastor in Kentucky and then was asked to help start a missionary-sending agency, International Gospel Outreach (IGO) based in Mobile, Alabama.  Over the next 9 years IGO helped 60+ people become full-time missionaries around the world.  Meanwhile Teale began a career teaching elementary school which lasted until they moved to Barbados

They moved to Barbados in 2005, on a 3-year work permit, pastoring a thriving, missions-minded church called The Living Room until the summer of 2008.  Falling in love with the Caribbean people and culture, they never have really “left” the island, but instead have returned several times.  Upon returning to the USA, they went to work at the International House of Prayer, helping them start a Missions Program and then moved back to Kentucky.

In February 2016, David went to work with World Missions & Evangelism (WME), which has developed the fastest growing Disciple-Making Movement in the world right now called THE INSTAR PROJECT.  INSTAR has the goal to help launch this self-sustaining Disciple-making strategy throughout Latin America and the Caribbean!  As Ministry Coordinator for INSTAR, David has worked alongside the Founder & President of WME, David Parish, to train and assist people Latin America and the Caribbean to reach their own country for the Kingdom of God!  Teale now works alongside David in the INSTAR Project, training, mentoring others as well.

The goal of the Instar Project in the Caribbean is to start Disciple-Making, Disciple-Multiplying Movements (DMM) that spread throughout all the islands.  We want to see the same exponential growth in the Caribbean as we have had in Central and South America.

WME seeks to train the people who can see that only by multiplying disciples can we reach a generation and help them reach their nation for the Kingdom of God!  The training and the strategy is biblically-based and obedience-based and is simple and reproducible.