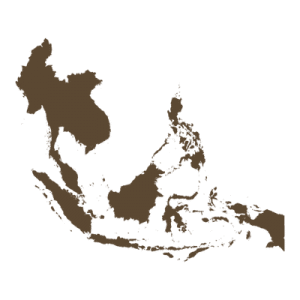 Troy and his wife spent five years in a Muslim majority country in South East Asia, that has 7 unreached people groups (less than 2% following Jesus). Troy and his family returned back to the US due to a medical emergency but remain the Strategy Coordinators for the SEASTAR Project and full-time support-based missionaries.

While overseas they connected with a tribe that was majority Christian in that Muslim nation and a few young men have committed to sharing Jesus with their Muslim neighbors. This small team has an experienced Team Leader who coaches them from a nearby Island Nation, along With. This small “SEASTAR Team” needs your prayers. Two team members have been baptizing Muslims in a jungle region, another frequents a local hospital to pray with Muslims, and another has recruited his uncle to join him in inviting Muslims to follow Jesus.

Their goal is to begin a Church Planting Movement Project similar to what W.M.E.’s team has started in Honduras. Keep this wonderful couple and the SEASTAR Team in your prayers as they sacrifice their own desires to bring the Gospel to others. They will be risking their lives for the advance of the Kingdom of God.

Troy and Tracy Allen have been actively involved in spreading the DMM strategy in North America. Follow the link below to learn more!

This Project is focused on facilitating Disciple Making Movements in Southeast Asia. Southeast Asia currently has a population of over 200 million people, the majority of which (96%) are still classified as unreached people groups. Although many of these groups are the subject of ongoing missions work, there are still 175 unengaged unreached people groups with a population of over 11 million.

SeaStar is aimed at reaching all people in southeast Asia with the Gospel. Through training and mentoring leaders and equipping and facilitating disciple makers and discovering Bible studies, SeaStar will help catalyze disciple making movements that transform the region.

TO GIVE TO THE SOUTHEAST ASIA PROJECT