Now after John was arrested, Jesus came into Galilee, proclaiming the gospel of God, and saying, “The time is fulfilled, and the kingdom of God is at hand; repent and believe in the gospel.”

The INSTAR Project was born out of a desire to see disciple making movements that resulted in church planting movements. WME had been training church planters since the year 2000. But in 2006 we were introduced to some key leaders that were seeing exponential multiplication in the Kingdom of God in Asia and Africa. Our team was trained in DMM strategy by David Watson, one of the pioneers of movements.

The laboratory for WME was Honduras in Central America. Our missionary team established a base there in 2007, and began forming and training a Honduran team in 2008. By the end of the year there was a small beginning of about 25 groups of people being discipled. 4 years later, by the end of 2012 there had been multiplication up to 266 groups and churches.

And then critical mass was reached! Over the next 5 years, the movement has grown to over 6,000 groups and churches, and spread from Honduras to Nicaragua, Guatemala, Costa Rica, Argentina, and Ecuador. INSTAR focuses both on general populations and smaller people groups. Puerto Rico, Mexico, and people from Bolivia, Colombia, Chile, El Salvador, Brazil, Haiti, Iran, Kenya, Nigeria, and various communities of the United States have been touched. INSTAR now has incarnations in Southeast Asia (SEASTAR), Africa, Europe, and North America.

Our INSTAR DMM team is headed up by Keith Travis, who serves as the Strategy Coordinator and Team Mentor. Keith and his wife, Juanita, have served as part of the INSTAR team from the beginning. Our Training Coordinator, Randy Travis with his wife Linda, established the original team and developed our training and group curriculum. Together, the Travis families have helped to train, mentor, and oversee a group of indigenous leaders who have answered the call to go forth and make disciples.

Native field teams go out in groups of two to find homes/persons of peace in towns and villages, and conduct Discovery Bible Studies, make disciples, and train others who then facilitate new Discovery Bible Studies, which continue to multiply exponentially as well. Conduct Regional Training Conferences in church-planting for other mission groups and denominations who implement and also train others who continue the exponential multiplication.

Teams have also gone into Guatemala, Mexico, El Salvador, Nicaragua, Costa Rica, Colombia, and Argentina with outreach and training. And at least 50 denominations and organizations have received church-planting training and support from WME teams. And momentum is now escalating.

Make a Donation to the INSTAR Project

The goal of the INSTAR project is the full evangelization of all of Mexico, Central and South America and the Caribbean Islands. Over 1,400 people groups live in this region. Over 700,000 of these people are in least reached peoples and over 475 million are non-Evangelicals.

INSTAR aims to see Disciple Making Movements and Church Multiplication happen in EVERY group all the way TO THE LAST TRIBE! The LAST TRIBE project is that part of INSTAR that is intentionally and strategically focused on fulfilling this task. 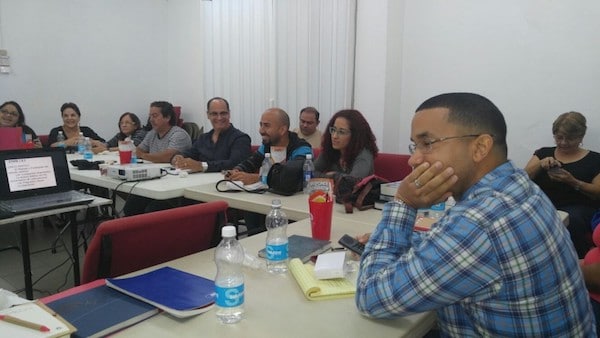 The vision of the INSTAR project is to conduct trainings that begin initial leadership groups for Disciple Making Movements in every one of the 21 nations of Latin America, as well as among the Caribbean nations. In addition, INSTAR envisions the formation of a coalition of missional groups, churches, and agencies to work cooperatively in initiating Disciple Making Movement projects in greater Latin America.

The INSTAR strategy is designed to facilitate disciple making movements in every nation, region, village, community and people group in Latin America. Our focus is on the 21 nations of Latin America from Mexico to the tip of South America, as well as all the island nations of the Caribbean. This region includes many unreached people groups. INSTAR is aimed at seeing a reproducing Christward Movement in all of these peoples.

WME seeks to facilitate prayer for the peoples of Latin America in the body of Christ and to identify regions and people for outreach and ministry.

WME begins its work in each new region by forming partnerships and alliances with evangelical ministries already at work in those areas. WME networks with both missions agencies and indigenous churches and organizations to help bring unity to the mission teams and to help facilitate their outreaches.

WME takes a servant role in helping our partners to accomplish their mission and also serves local needs of poor communities. Examples of these kinds of ministries are clean water projects, medical and health assistance, orphan care, educational support, and community development.

Providing assistance to those that have been trained in the disciple-making movement strategy. This assistance involves mentoring and resources to help multiply disciples.

WME tracks the results on the field through regular reports from those who are actively making disciples and planting new churches. In this way, the progress of the gospel in peoples and geographic regions can be reported to the wider support base of the ministry as well as to the missions community.

Through the INSTAR strategy WME is acting as a catalytic agent for the advance of the Gospel. WME is facilitating exponential multiplication of disciples making disciples and churches planting churches in the needy regions of Latin America.

The first step is to identify and strategically map the location and level of need of every Unreached People Group (UPG) in Latin America. This will be achieved through partnerships with experts in people group, geographical, and spiritual mapping.

The second part of this project is to intentionally recruit missionaries, strategists, and national leaders in every nation in the Mexico/Central and South American/Caribbean region. The purpose of this recruitment is to identify those who will focus on the task. This will include mobilizing existing missionaries and leaders and new missionaries and leaders to prioritize reaching these least reached groups. Personnel will be tasked to mobilize other believers to give full time attention to the LAST TRIBE effort.

This phase of the LAST TRIBE project will include the disciple making training events and mentoring that are already a part of INSTAR, but it will go further. Missionary training programs will be launched. We will partner with other organizations to bring training, missions strategy, missionary skills, and disciple making movements, as well as special focus on unreached peoples. This training will be facilitated throughout Latin America for national partners focusing on UPG’s.

Fourthly, trained and focused North American and Latin American missionaries will be deployed to begin the process of reaching, researching and facilitating disciple making movements with specific people groups. The specific strategies employed will vary according to location, level of evangelization and involvement of other evangelical outreaches to these groups.

The missionaries and strategists that are assigned and deployed to the specific people groups and regions will focus on BOTH pioneer mission work AND facilitative strategies to enable the development of disciple-making movements among all peoples.

In addition to the intentional work of WME’s missionaries and international partners, this project will include focusing on working with other missions agencies, churches, projects, and individuals in a coalition to share research, training, best practices, and fellowship in the goal of bringing closure to the great commission in greater Latin America.

TO DONATE TO INSTAR 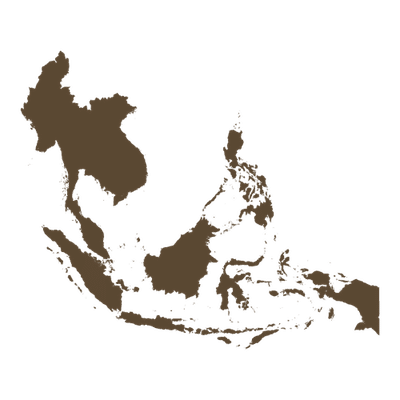